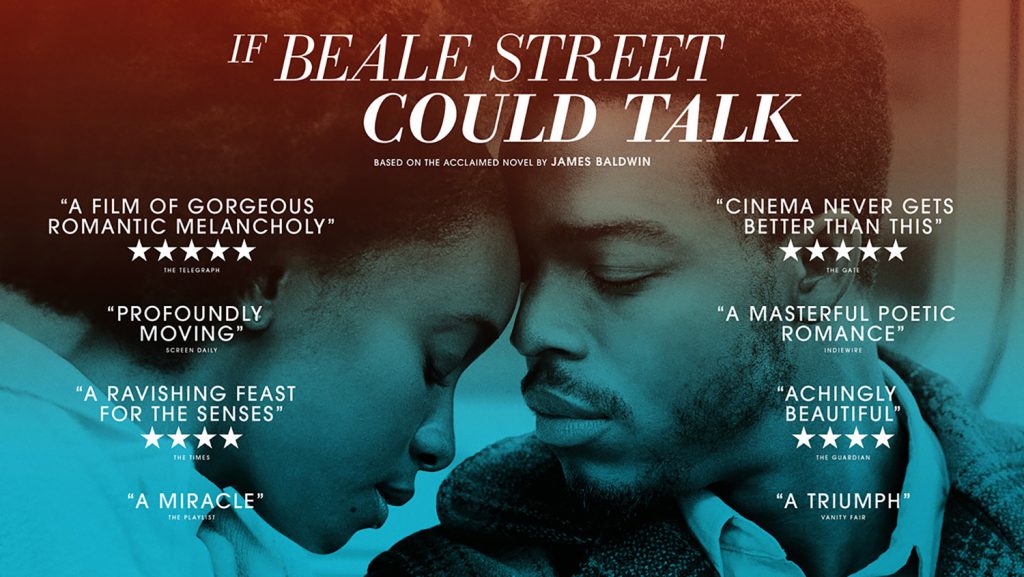 On Friday night, October 29th, the Film Studies concentration, in partnership with the Chapel Hill Film Society, will host a screening of Barry Jenkins’ If Beale Street Could Talk <(2018). A stunningly beautiful and atmospheric adaptation of James Baldwin’s 1974 novel of the same name, the film concerns the nightmarish experience of a young Black couple in New York in the early 1970s. When Fonny (Stephen James) is imprisoned for a crime he didn’t commit, his newly pregnant wife, Tish (KiKi Layne), sets out to prove his innocence with the help of her equally tenacious mother (Regina King, in an Academy Award-winning performance).

This film screening will be coordinated with a back-to-the-classroom session on Saturday. Our discussion will focus on the fascinating relationship between the film and Baldwin’s novel. Participants will be given an excerpt from Baldwin’s novel in advance. We will consider how Baldwin and Jenkins (Moonlight) take different stylistic approaches to the same subject. More generally, our discussion will revolve around the symbiotic connections between the media of literature and cinema.